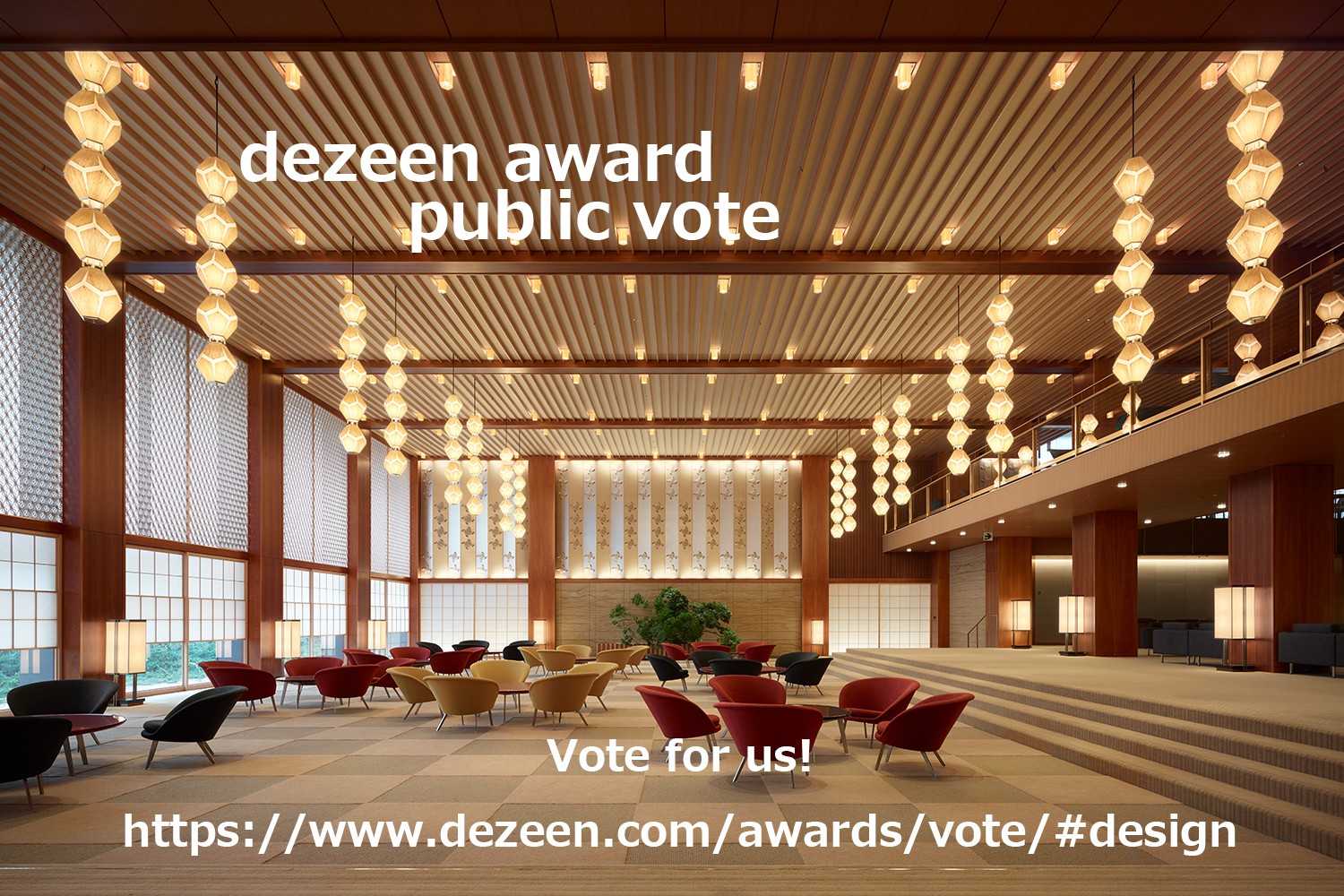 Dezeen in the UK is said to be the most read architectural digital design magazines in the world. The Shortlist for the Awards organized by Dezeen has now been released and two LPA projects, The Okura Tokyo and Mitsukoshi Nihombashi Main Store Main Building, have made it to the final round. The winner will be announced live between November 4-6.

Also for the first time ever, Dezeen Awards has opened for public vote which has already started.

Please visit the Dezeen Award website and vote for LPA’s projects under architectural lighting design in design category, . Voting closes at midnight on Monday 12 October. Winners will be announced on 19 October.